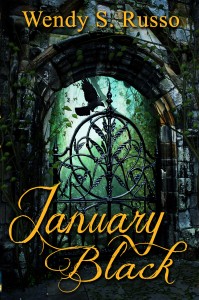 Sixteen-year-old genius Matty Ducayn has never fit in on The Hill, an ordered place seriously lacking a sense of humor. After his school’s headmaster expels him for a small act of mischief, Matty’s future looks grim until King Hadrian comes to his rescue with a challenge: answer a question for a master’s diploma.

More than a second chance, this means freedom. Masters can choose where they work, a rarity among Regents, and the question is simple.

What was January Black?

It’s a ship. Everyone knows that. Hadrian rejects that answer, though, and Matty becomes compelled by curiosity and pride to solve the puzzle. When his search for an answer turns up long-buried state secrets, Matty’s journey becomes a collision course with a deadly royal decree. He’s been set up to fail, which forces him to choose. Run for his life with the challenge lost…or call the king’s bluff.

While walking south on Main Street, Matty and Iris traded shopping bags. She cocked her head sideways while looking at the cover of the book he bought her.

“Black Sheep,” she read aloud thoughtfully. “Alice Glass. Why do I know that name?”

“She wrote the novel that ‘Marker’ is based on,” he replied, referring to a SteerNet serial about to be cancelled in its first season.

“Ugh,” she said, dropping her hand. The book slapped her leg. “That show is horrible.”

“Agreed, but never mind that. ‘Black Sheep’ is by far her best work.”

He pulled the small paperback out his. Peter Oldham was his mother’s favorite historical fiction author. Matty recognized “Drops in August” as soon as the corner of the cover cleared the paper sleeve. He bit his tongue to keep from groaning.

“Oh, God,” she said, likely in reaction to the cringe he failed to hold back. “Maybe this was a bad idea.”

Thinking of his mother, and her repeated suggestions that he read the book, Matty’s initial disappointment dissipated. “No, this is good,” he told Iris.

“That’s not what your face says.” She reached for the book.

“Oh, no!” He shook his head and moved his hand out of her reach. “This will do very nicely.”

“Nicely? For what?” She crossed in front of him and walked backward, reaching for the book as he whipped his hand up and behind his head.

“For a joke on my parents.”

She stopped cold in her tracks. He planted his feet so that he wouldn’t run into her, but his momentum carried him forward anyway. She put her hands forward to stop him from falling, but when he hit them, she lost her footing and stumbled backwards. He lunged forward and caught her in his arms.

When he regained his balance and stopped her fall, she was shocked, breathless, and completely supported in his arms at a sharp angle to the ground. People around them on the sidewalk applauded.

One man who passed them said, “Nice catch, kid!”

Matty stepped back and brought her to her feet. She seemed to be searching his eyes for something.

Finally, she asked, “Are you a brat, Matty?”

“Depends.” He felt as if he would shake apart if he let her go. “Do you like brats?”

As her lips pulled into a smile from ear to ear, she touched her forehead to his collarbone. A few moments later, she looked back up at him and squirmed just slightly. He let her shrug him off, and when her arms were free, she slapped his cheek playfully before skipping south on the sidewalk. All of his internal organs melted into his legs. About ten steps later, she turned around.

“Are you coming?” she yelled.

Matty shook off his daze and ran to catch up with her. 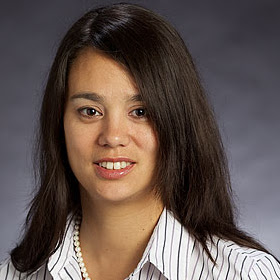 Wendy S. Russo got her start writing in the sixth grade. That story involved a talisman with crystals that had to be found and assembled before bad things happened, and dialog that read like classroom roll call. Since then, she’s majored in journalism (for one semester), published poetry, taken a course on short novels, and watched most everything ever filmed by Quentin Tarantino. A Wyoming native transplanted in Baton Rouge, Wendy works for Louisiana State University as an IT analyst. She’s a wife, a mom, a Tiger, a Who Dat, and she falls asleep on her couch at 8:30 on weeknights.