It’s been a long time coming. Some might say too long.

Seven years ago while I was pregnant with my youngest child, my husband was diagnosed with Stage IV melanoma cancer. He went through surgery, chemo and was pronounced cancer-free two weeks before my son Brady was born. During that season things moved so fast. I never dealt with the emotions I experienced while he was sick. But three years ago when a friend’s daughter was diagnosed with cancer, all of them came flooding back. As a result, I wrote A Taylor-Made Life.

A Taylor-Made Life became an Amazon Bestseller and I received letters from all over the world (e.g.UK, France, Uganda) saying how the story has touched hearts. It recently won the 2014 RomCon Reader’s Choice Award and was a finalist in the 2015 Electronic Publishing Industry Coalition’s (EPIC) eBook Awards. ATML also won several RWA chapter contests. It continues to touch people with its special message.

Now, two years after its release into the world, the next chapter in Taylor’s life is ready to be told and today we’re unveiling her new cover. I hope you love it as much as I do. Without further ado… 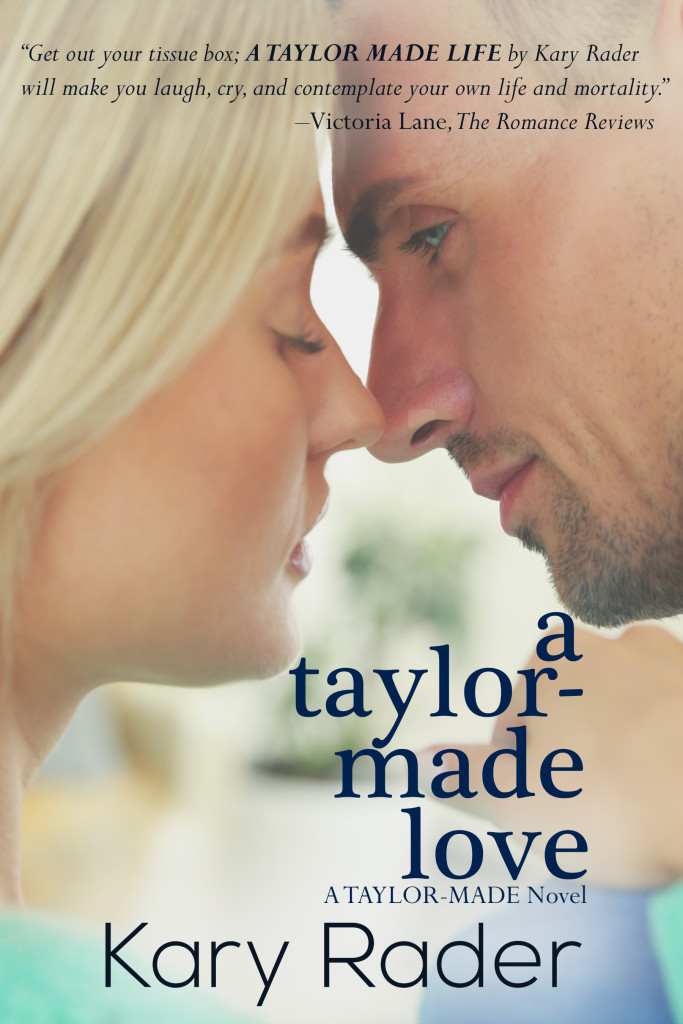 When fate spares your life, your destiny is always love

Twenty-year-old widow and cancer survivor Taylor Smith-Taylor is running her late husband’s billion-dollar gaming business because she’s made a vow to keep TME—and Gavin’s memory—alive. But she’s falling hard for her sexy attorney Brad Richards, and it’s not just their professional connection that has her tied in knots.

When Taylor’s new idea takes off, she relies on Brad to help. Using company funds to back the innovative project, they begin a tumultuous affair and a multi-million dollar negotiation that could dominate the market or put the company in jeopardy.

As the corporate dealings escalate, their volatile relationship leaves their priorities more tangled than their bed sheets, and a fatal accounting error divides them. Brad pushes Taylor to embrace her idea, and him, by selling TME—a decision that, for her, goes deeper than money. When she refuses, it seems easier for both to walk away, and only a perspective from the grave can help her realize her future comes down to one choice: the love she’ll lose or the love she’ll make.

Please add A Taylor-Made Love to your GOODREADS TBR List

A Taylor-Made Love is available for pre-order on Amazon