Woo Hoo! I have an amazing writer on the blog today! Her stories captivate me, draw me in and heat me in all kinds of places! But you know what? As great a writer as she is (and she is! She is!) she’s an even better person and how often can you say that about someone!!!

Brenda is giving away a copy of Love’s Prophecy!! Read to the end to find out how to win it!!! 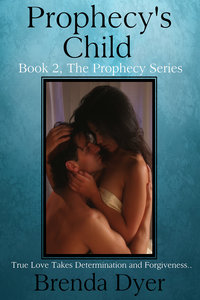 Before I get started, I would like to say a huge thank you to Kary for having me on her blog. THANK YOU, KARY!

Vampires are very versatile creatures. Some like to portray them as evil, some as good. And some as good and evil. For me, I went the side of good.

When I asked Kary what topic she would like me to talk about today, her request thrilled me. She asked if I would talk about demons, vampires, The Creator, lesser gods and humans, and how they all fit together in the world—history—I have created.

Sit back, grab a coffee or tea—or something stronger—and let’s begin the history lesson, lol.

In the beginning, The Creator made His lesser gods—or angels as we humans call them. As years past, He yearned to create more children. These would be his second offspring. He called them humans. But these children would live a different life than the angels. Humans would spend part of their lives separate from those who resided in The Sacred Dimension—heaven.

The Creator instructed his angels to craft a splendid planet—a copy of The Sacred Dimension—a perfect paradise. This planet was called Earth. Unbeknownst to all angels, Earth would become home to humans until death brought their souls back to heaven.

LOL, are ya with me so far? Or have I bored you to tears?

So, while working hard—with his brothers and sisters—to bring the picture in his father’s mind to reality, Lucifer fell in love with his creation. If you are interested in learning more about this through Lucifer’s eyes, and a deeper, more detailed look into the history behind my books, check out my website under the page titled Lucifer. http://www.brendamdyer.com

When the angels finished, they split back to the Sacred Dimension…except Lucifer. He loved the Earth so much he decided to make it his home. But The Creator had a different idea. He called Lucifer back home.

Once the angels were gathered together, The Creator broke the glorious news about humans. Well, to say Lucifer was pissed off is a massive understatement. He flipped out. The Creator stood firm and told Lucifer to accept the way things were.

Years went by, and Lucifer’s anger festered. He watched from the Sacred Dimension as humans destroyed what he’d lovingly brought to life. His hatred grew, not only toward humans, but also toward his father. Finally, he came up with a plan. He would destroy humans and take back what was his.

During this time, Vampier—an angel—created his own children in secret. He fashioned them after humans because he believed them to be the picture of grace and beauty. These children he called vampires.

So, back to Lucifer. Well, he set his plan in motion. He used the Earth to help aid him in the destruction of humans—pretty fitting, wouldn’t ya say, lol? He turned the Earth from a thriving paradise into a dangerous, frightening world.

As you can probably guess, The Creator put a stop to this. He also banned Lucifer from ever stepping foot back on Earth, and from the Sacred Dimension. This just added more fuel to Lucifer’s rage. But what could he do? He knew The Creator and his brothers and sisters were watching him. So, he hid on a desolate rock called the Forgotten Realm, located on the outskirts of The Creator’s universe. There he came up with another plan. If he couldn’t destroy human’s himself, he would send others to do it. But killing them wasn’t good enough. No, he wanted their SOULS. That would for sure stick it to his dad—let him know what it felt like to have something you love completely ripped away.

Enter demons. Demons are Lucifer’s children. He tried to create them in the image of humans, but since all he had left in his heart was hatred and evil, his children turned out as twisted, hideous monsters. These creatures wouldn’t fool humans or The Creator. Hmm, how to solve this dilemma…

So, back to the Sacred Dimension. Obviously, The Creator found out about Vampier’s little secret. Well to Vampier’s surprise, The Creator didn’t destroy vampires. Instead, he allowed them to live on Earth with humans. But there was a hefty price for them to pay: to protect humans from all dangers. During this time, humans and vampires struck up a perfect partnership.

When Lucifer caught wind of this, he freaked! His brother disobeyed their father and he got rewarded for it? This he would not stand for. Time to initiate his new plan: use human bodies to house his demon’s spirits in. This way they could move undetected on Earth, corrupting humans, turning them from their Creator.

But one thing Lucifer didn’t bargain for was vampires could sense the demons, and they were hard to kill and corrupt, unlike humans.

I’m going to skip some details here so I can bring this to a close. So now we come to The Vampire Prophecy. The Creator knew a time would come when the vampires would need help to turn the tides of this endless war. When He learned of Lucifer’s latest treachery—the demons—He came up with a plan of His own. This plan involved both of the Earth’s children: humans and vampires. He scripted The Vampire Prophecy, and Vampier sent it into the hands of the first king of the fifty vampire clans on Earth. The Prophecy was keep guarded and secret, known only to the kings of the clans.

As the years flew by, The Prophecy became myth. Soon, it was forgotten.

The time has come for the two shall make one. From light and dark, look for the mark…

And the story begins…

Thank you so much for hanging around and reading my looong post.

If you are at all curious to find out more, pick up a copy of Love’s Prophecy and Prophecy’s Child. You won’t be sorry.

And for being such wonderful sports and reading my long post—without skimming, lol, I’m giving away an e-copy of Love’s Prophecy and Prophecy’s Child in your format of choice.

Leave a comment, which book you would prefer to read—or both, and your email addy for a chance to win.

Since I’m essentially pimping my new release, Prophecy’s Child, I’ll leave you with the blurb and an excerpt.

Thank you all for being such great sports and putting up with my long-winded post.

Brenda – I love your unique world! The Prophecy always gives me chills!

His secret will shatter her world.

Katherine Colby’s life splintered ten years ago when her lover suddenly vanished, leaving her with more than a broken heart. But when Kal unexpectedly makes an appearance, her safe, dependable existence is shattered once more. Drawn into Kal’s deadly world of vampires and demons, she must now put aside her hurt and anger and learn to trust him. Can she forgive past deceptions and find the courage to love again? Or will she turn away the one man who owns her heart and soul?

Her secret will change his life.

Powerful, and lethal, Kal is a vampire warrior, sworn to protect humans from demons. Loving Katherine too much to pull her into his dangerous world, Kal deserted her, believing his decision was best for them both. But not even time could assuage his yearning for the woman who has captured his heart. As fate tosses them together once again, Kal must fight to win Katherine’s trust and forgiveness before evil separates them forever. But is he ready to become the man she needs him to be? Or will he lose the one woman he can’t live without?

Katherine shrugged, hoping to appear nonchalant, though inside, her emotions rolled like an ocean during a hurricane. “A child normally expects their parents to shelter and protect them, but not mine. They tossed me away like garbage. My God-fearing parents felt it was God’s will that they turn their backs on me. I sinned and had to pay the price.” She squeezed her eyes shut for a second. “Although, they were kind enough to let me know they’d pray for my soul and the soul of my child.

“For nineteen goddamn years I tried to be the model daughter.  And when I needed them the most…” Tears spilled over her lashes and her throat ached. “They…Oh, God…”

A damn burst, and years of pent up frustrations and hurt flooded over her carefully constructed barriers. She hugged her middle in a feeble attempt to keep herself together. Kal and her living room blurred as tears tracked down her cheeks. A hoarse sob tore from her lips. “How could they do that to me? I needed them—I had no one—nowhere to go.”

Furiously, she fought to harness her emotions, but when Kal’s arms encircled her and pulled her into his embrace, her willpower wobbled.

Katherine wanted to scream at him to release her, but tears clogged her throat. She couldn’t force the words out. With her hands planted on his pecs, she tried to push out of his grasp. Her efforts were pitiful. Instead, he held her face next to his chest with one hand on the back of her head.

“You’re not alone anymore,” Kal whispered against her hair. “Please, Kat. Give me another chance—I’ll make it up to you and Ike. I promise.”

A moan, sounding like a wounded animal, ripped from her throat. Instead of escaping, she gripped his shirt tight as if her life depended on it, and buried her face under his chin.

If only she could believe his words. She was so lonely and tired of shouldering all the responsibility.

The feel of a strong pair of arms around her was her undoing. Just for a moment, she’d allow herself this weakness. And for the first time in years, Katherine let go of her self-control and cried. 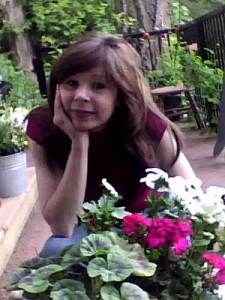