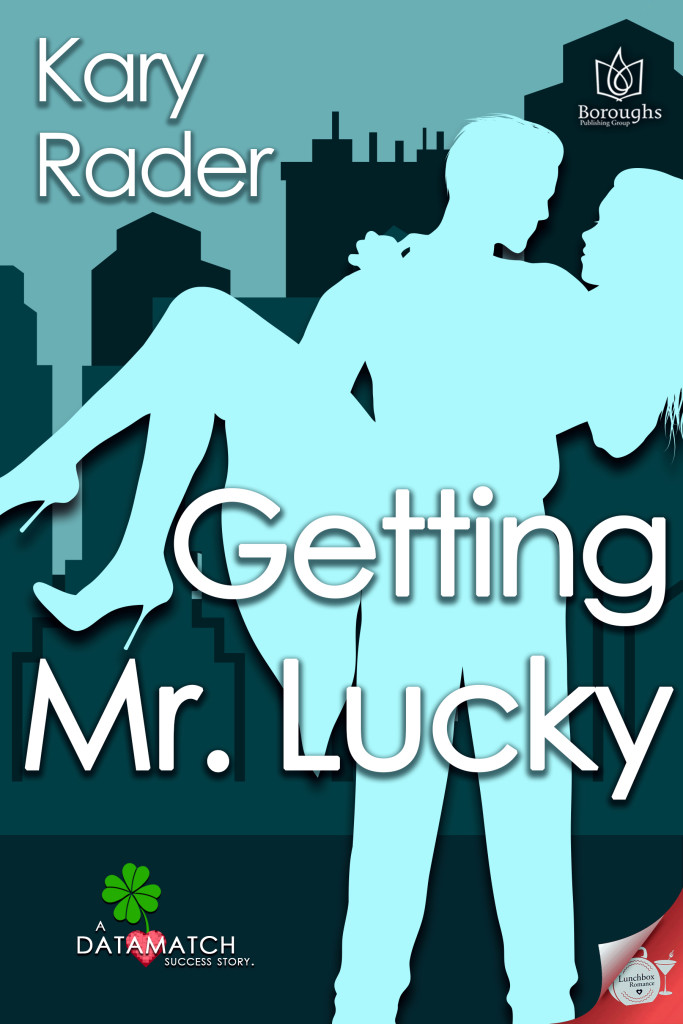 No-nonsense attorney Lucy Furey is about to learn how her hotshot new partner earned the name Mr. Lucky, as he smoothly talks his way through the tightest negotiation she’s ever handled: the one for her heart.

I scowled at her for a long time. I wasn’t angry, but thus far my smiles had failed to break her down. Perhaps my glare would. She continued to hold my gaze, but I could see her feathers ruffling. Her chest rose and fell more quickly, the sound of her breath evident in the quite room. I didn’t move.

She squirmed a little in her seat. “Mr. Luck, what do you want?”

My answer was simple and to the point. “You, Ms. Furey. Just you.”

Her jaw tightened. “If you think just because that computer—”

I cut her off. “I don’t think, Lucy. I know. From the moment I was hired you’ve been ignoring me. In fact, I went out of my way to be kind, while you in turn were deliberately rude. There were many nights I wondered what in the hell I’d done.”

“I’m sorry if I’ve been less than professional, Mr. Luck.”

“Damn it, Lucy. Stop with the Mr. Luck shit! Call me Lucas, Luke. Hell, I’d settle for asshole at this point.” I thought I saw a hint of a smile play at her lips, but I wasn’t ready to let her off the hook. Not yet. “And being professional is your—no, our—whole problem.” I stepped around her desk to move closer.

Her eyes widened, and the pulse in her neck, peeking out from her button-down blouse, was beating furiously. I could feel the heat, the energy, roiling in her. I braced my hands on either side of her chair and towered over her, our faces inches apart. She continued to hold my gaze, but it felt more like a gazelle in the panther’s path rather than the defiance she showed earlier. I licked my lips and dropped my gaze to hers. Those blue eyes darkened and she swallowed loudly. Yes! I had her. It was the first chink in her military-grade façade. I had to play it right or she’d spook.

“Even if you weren’t interested in dating me, you didn’t have to completely ignore me. Just because I’m attracted to you, doesn’t mean we can’t be friends.”

Her eyes widened more at my little gift. I pushed away from her face and sat on the edge of her desk.

“You don’t think I can be friends with you even though I want to make love to you?”

Her cheeks colored. “No, that’s not what I mean. But no to that, too.”

“Then what do you mean?” I kept my tone casual, conversational. This was the most she’d spoken to me since we started working together.

“I don’t believe you want to…that you’re attracted to me. I think you see me as a challenge, and once the chase is done, you’ll be done.”

“I don’t have to know you to know that you’re not a safe bet.”

I’d had enough. I was sick of being judged. And God help me, I wanted this woman. When I’d said I wanted to make love to her, it wasn’t a lie. My body stirred. I moved in again and leaned over her. She sat stone-cold still except for her heavy breaths.

I whispered, “And do you know what happens to people who always take the safe bet?” She didn’t answer, though I know she heard. I suspected she couldn’t speak. Hell, I could barely speak being so close to her. “They lose.”

Here are the buy links: 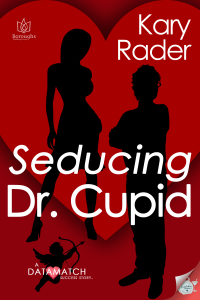 With geek god Dr. Simon Huxtley as her boss, foxy fangirl Betsy Drake has just landed the job of her dreams–one where she’s judged on her skills rather than her bra size. But to land the man of her dreams, she’ll have to do something she’s never done before: seduce the sexy scientist.

Hux was completely absorbed in the science perspective of this conversation because his eyes darkened with a passion that I now knew was only stirred by his work. Well, I was not to be deterred. I pushed my front against his back. “Really, and how many women have you ‘studied,’ Doctor?” I let my whisper touch his ear.

Hux’s voice wavered a little, but he continued, albeit with a more breathy tone. “W-well, most of my studies have been purely on paper.”

“Maybe you’d like to test your theories on a warm body.” I moved around his chair and hopped up on the long lab desk, allowing my white coat to fall open and reveal my low-cut blouse and short skirt. What had I been reduced to? I’d become what I hated, but I couldn’t help myself. I crossed my legs and smiled seductively.

Hux stared. For an instant his eyes bulged then darkened. He sat there frozen for a long second.

I just licked my lips, waiting.

You can purchase Seducing Dr. Cupid at All Romance eBooks 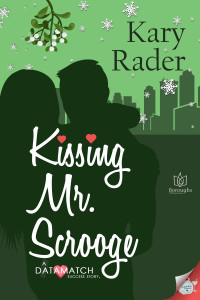 Maddie Timms and her workaholic, type-A boss are heading on a business trip where she’ll miss Christmas at home, but it might just be worth disappointing her family if she can convince the tall, dark, and sexy humbug to embrace the season…and her.

The elevator doors close, and I can’t help the giggles that erupt from my chest. That was the most insane, fun thing I’ve ever done in my life. Even if it was a little harrowing at times.

Mr. Scorge, his face once again shuttered, looks at me speculatively. I laugh out loud, hoping to entice him into some elusive, emotion-laden expression—something that reveals he can grasp the humor of the situation—but his serious, no-nonsense glare stops me mid-cackle. He doesn’t look happy—he looks…something else. My heart trips over itself, trying to beat faster but falls to its knees instead. Heated desire rolls off Scorge in masculine waves.

Like a hungry predator, he prowls closer, turning to face me directly. My breath tries to help my heart off the ground but it fails.

He takes one more step and is rising over me. So close I can see grey-green flecks in his hard blue irises and feel the even brush of his breath against my temple. I gulp loudly, not sure if I’m excited or scared. Do I have to choose? He’s leaning closer still. Our noses are about to touch. A hint of a smile plays at the corner of his lips right before…

I hope you check out both stories. They’ll make you smile and feel good, I promise. **fingers crossed behind my back**