These two fantasy stories are some of the most romantic books I’ve ever written with two noble heroes and a pirate heroine. I can’t wait to work with the amazing editorial department at Boroughs and ultimately share them with you.

Here is the Series Overview and the working blurbs: 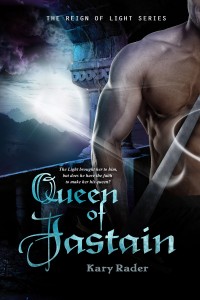 Five years after the end of Queen of Jastain, two couples fight for Light and for love on the stormy South Seas.

While the new queen’s reign has dispelled most Dark strongholds left by Seppitent, the evil creature who was defeated when the Crown of Light was restored, small factions of rebels remain, the largest of which is the Southern Isle of Isa Vis.

When the corrupt Emperor Hanar of Isa Vis is denied an alliance, he employs pirates to kidnap the daughter of the Grand Duke of Komissa in hopes of gaining a foothold in the Kingdom of Light. Hanar forces Lady Brislyn into an engagement with his son Enriq, the crown prince.

This incident results in a quest for two couples who have a part to play in defeating the emperor. Each of the four, with his or her special Gift of the Implanting, is necessary to end the Darkness and restore peace over the Isle of Isa Vis. As they learn to trust one another, love grows between the couples and the Light’s purpose is revealed.

The Pirate Princess, Book One

When it appears the opportunity for true love has abandoned him, Prince Petra of the Kingdom of Light determines to secure an engagement to Lady Brislyn of Komissa, a woman for whom he has the highest regard but does not love. Upon learning that the dark emperor has kidnapped his betrothed, Petra and the commander of her father’s armies must band together to rescue her. On the voyage to save the lady, Petra runs afoul of Charlee, the bewitching pirate captain who holds him hostage with more than just her sword.

Seeking freedom from the sea, Charlee uses her strong attraction for the prince and challenges Petra to a seductive wager: If he takes her body before they reach the City of Light, she wins absolution. If he holds to his moral values, she will help him rescue his intended bride. But when a brutal attack destroys the crew and her ship, Charlee must do the one thing she has sworn never to do again—trust a man.

Even if the couple survives the storm, how can their growing love survive Charlee’s murderous past and Petra’s promise to another woman?

When the Dark Emperor Hanar kidnaps Lady Brislyn of Komissa, she is forced into an engagement with his son the mysterious Enriq, crown prince of Isa Vis. While she frantically searches for a way of escape, she must navigate the politics of an evil Emperor and try to determine who she can trust to get her back to her true love, Marchant.

After Lady Brislyn is abducted, Commander Marchant, leader of the armies of Komissa, seeks help from the Kingdom of Light. Assuming Brislyn is captured by the evil Emperor, March grudgingly agrees to his true love’s betrothal to Prince Petra to deter her kidnapers from a forced marriage.

During the rescue voyage, pirates attack and capture the prince, leaving Marchant and the crew for dead in open water. The commander struggles to find his way to Brislyn with the help of Marisol, a secretive young woman with her own vendetta against the emperor. Somehow he must save Prince Petra from pirates and Brislyn from the crown prince without breaking his word or his own heart in the process.

Queen of Jastain is available for purchase now at the following online retailers: